ANTONIO SALVATORE’s earliest memories take place in the beautiful medieval hamlet of Guardia Perticara. More specifically his family kitchen and garden. ‘Everyone in Southern Italy knows about cooking; it’s a way of life!’ Each meal was handmade with fresh ingredients, herbs and tomatoes from the garden. ‘You came back from school, you helped in the kitchen and garden; whether you liked it or not!’ He grew up with not just an appreciation for cooking but for the cultivation of fresh produce. It is this holistic approach to cooking that he brings to Rampoldi and La Table d’Antonio Salvatore’s kitchen today. With its emphasis on the very best regional produce and beautiful ingredients, Salvatore stays true to his Southern Italian roots.
At 34, this San Pellegrino Young Chef finalist has already chalked up adventures enough for several lifetimes. From private cheffing for a jet setting Sheikh, to working at Juan Pablo Felipe’s Michelin starred El Chaflán in Madrid, to being head hunted by Italy’s famous Nino Graziano to open and run Semifreddo-Mulinazzo in Moscow. Not to mention his training in Rome, Florence, Milan, early work in London and the Canary Islands or the life changing call from a Vatican ambassador which led him to Russia!
So where did it all begin? Well actually with a trumpet. Antonio studied the instrument for several years when he was young. His discipline and dedication to an art form can be seen in his cooking artistry today. From the age of 12, Antonio was already working in restaurants in his home province of Potenza, in the Southern Italian region of Basilicata. A region famed for its food. He learned his trade from the ground up. At 14 he went to hotelier school, spending every holiday working in kitchens across Italy, honing his craft. From there he rose through the ranks until he was working at internationally renowned Michelin starred restaurants. But he comes back to this: His culinary education is derived not just from his studies, but from the intimate knowledge of the natural process from vine to table acquired in the family garden.
Antonio reached success at a young age, but it has been won by hard graft, fuelled by passion. He has been a teacher himself. His advice for young chefs? “Live your dreams, live with heart, love what you have and love what you do. Use all your experiences to shape your craft. Being a chef is like being an athlete. Discipline is key.” Antonio cites Catalan’s Ferran Adrià, the molecular cooking innovator as a personal culinary hero. But it is Antonio’s own brand of ambitious innovation that he is now bringing to Monaco by the bucketful.
“The competition is high. Monaco has the best the world has to offer. We want only the best in both our restaurants.” This attitude is seen throughout the entire culinary process. From his selection of the finest farm-fresh regional products to his artistry of presentation. “White and black truffles, foie gras, pigeon, fresh fish…simple flavors on the plate but always the best produce”.
Antonio is a chef concerned not just with the kitchen but with the restaurants business as a whole. He has the attention of the culinary world and if his track record is anything to go by, great things lie ahead. 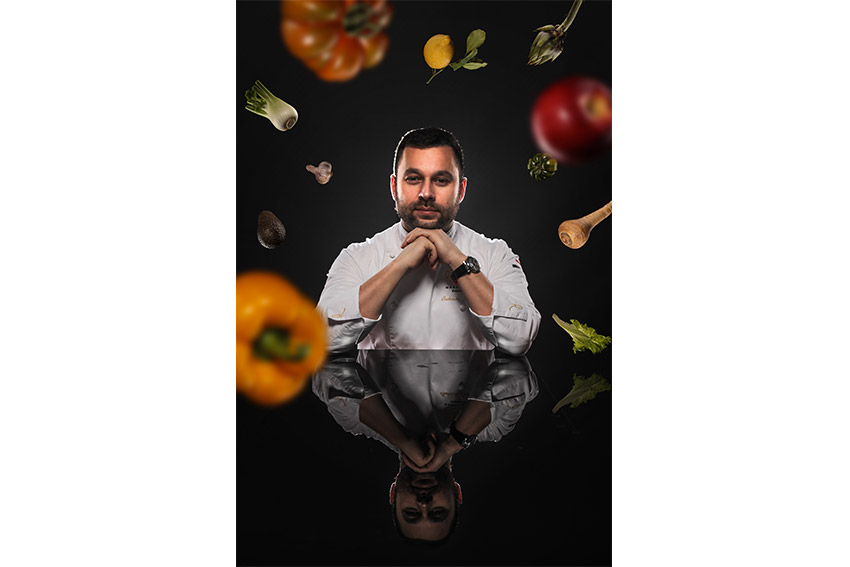 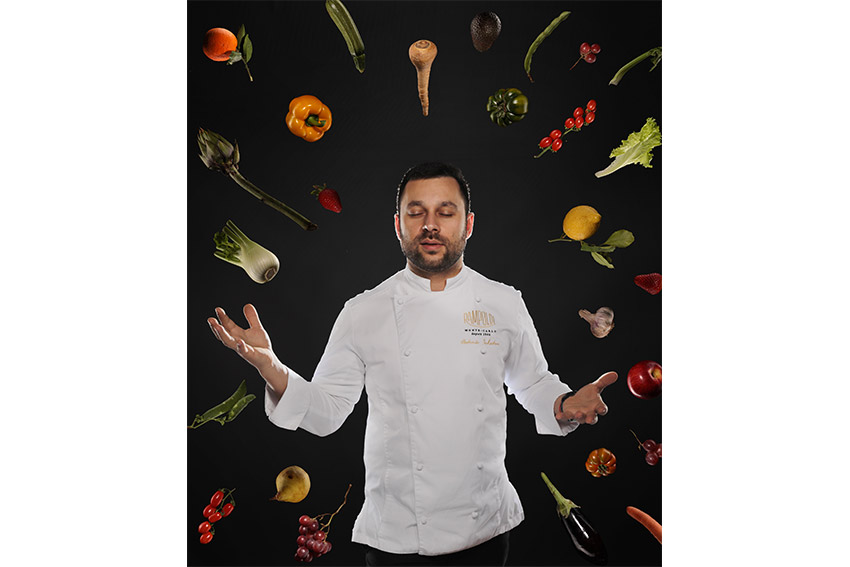 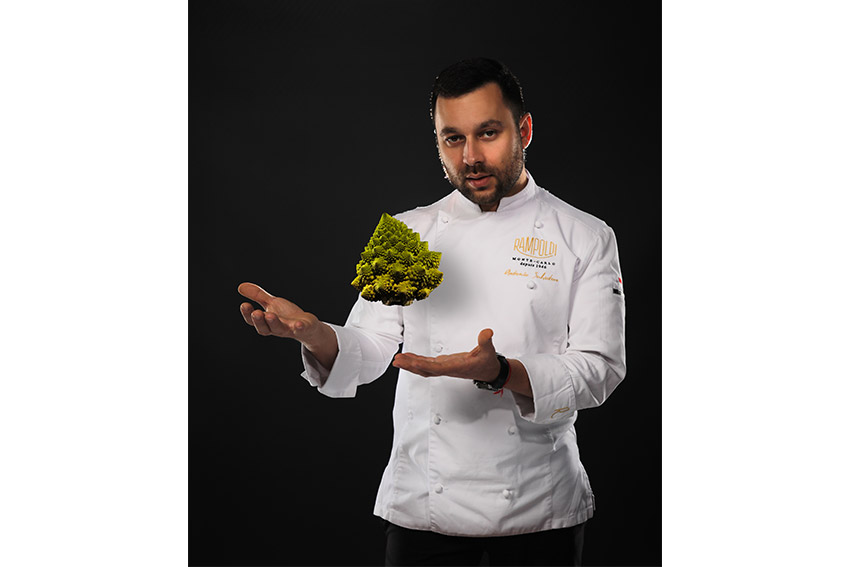 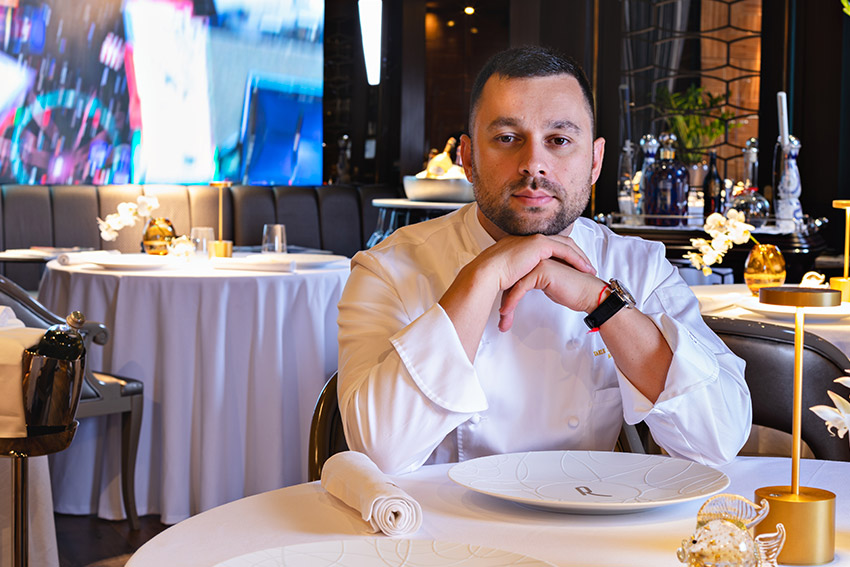 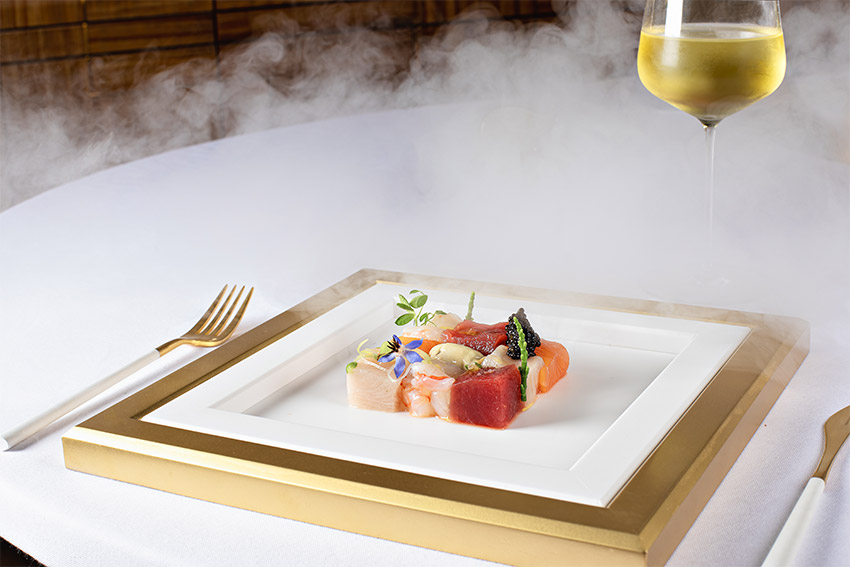 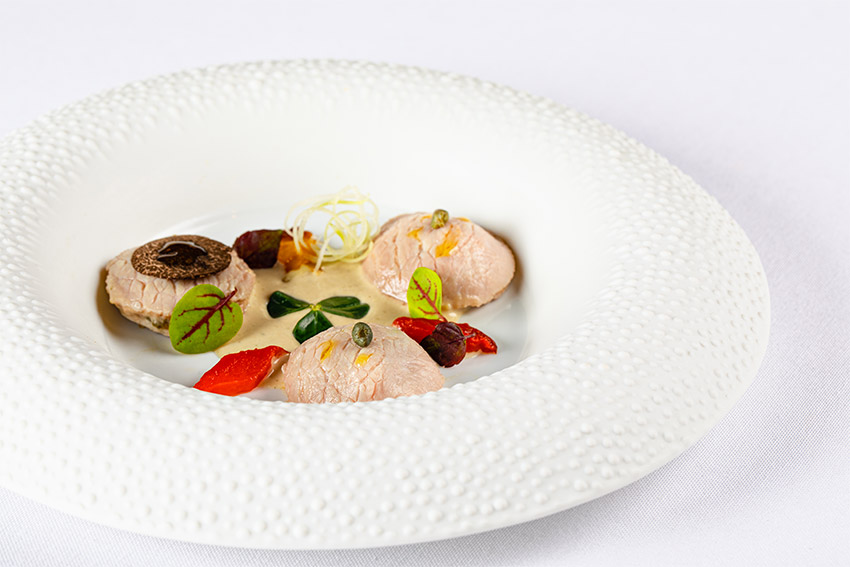 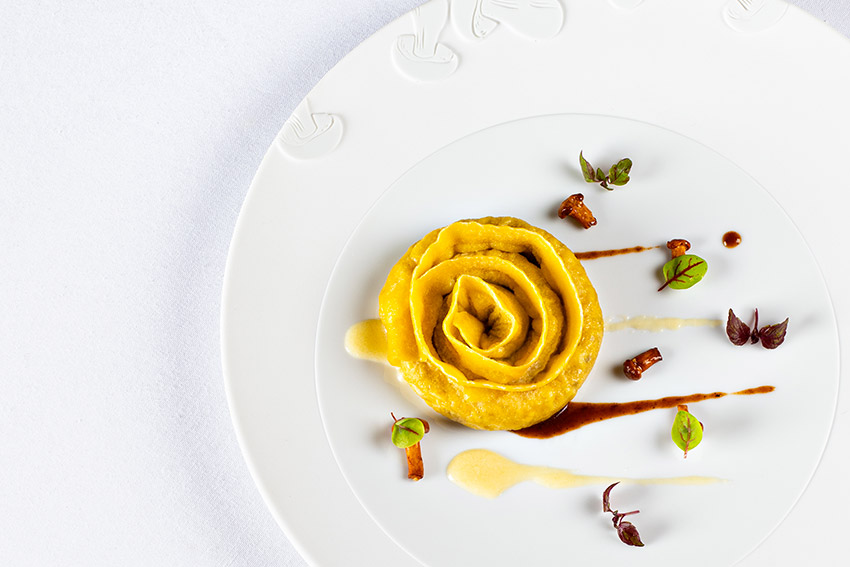 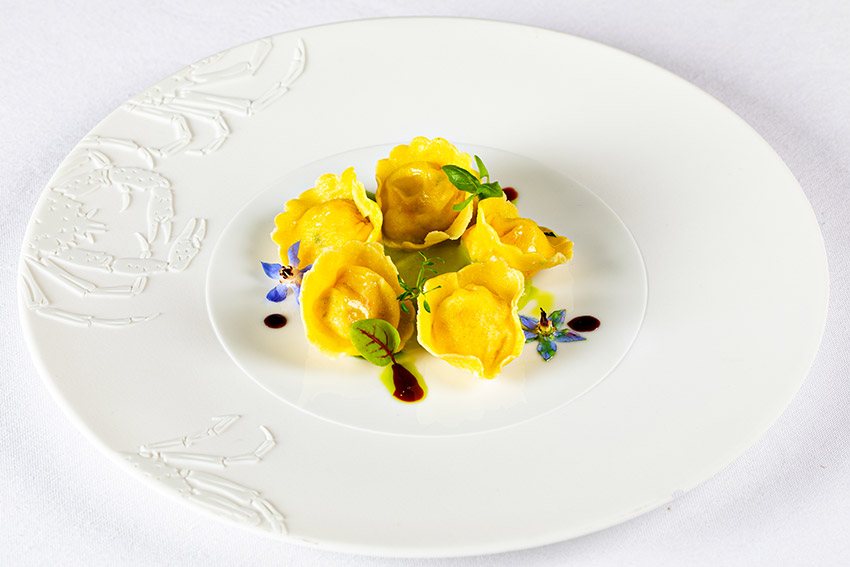 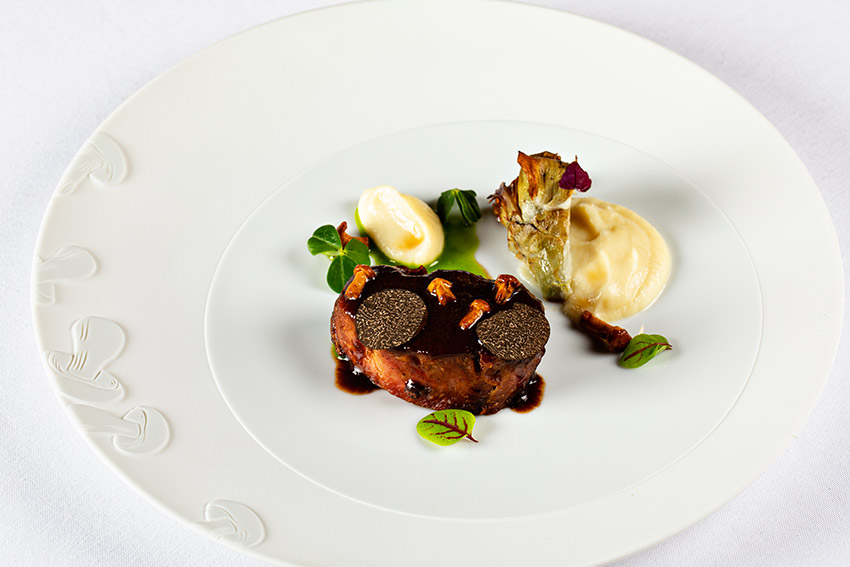 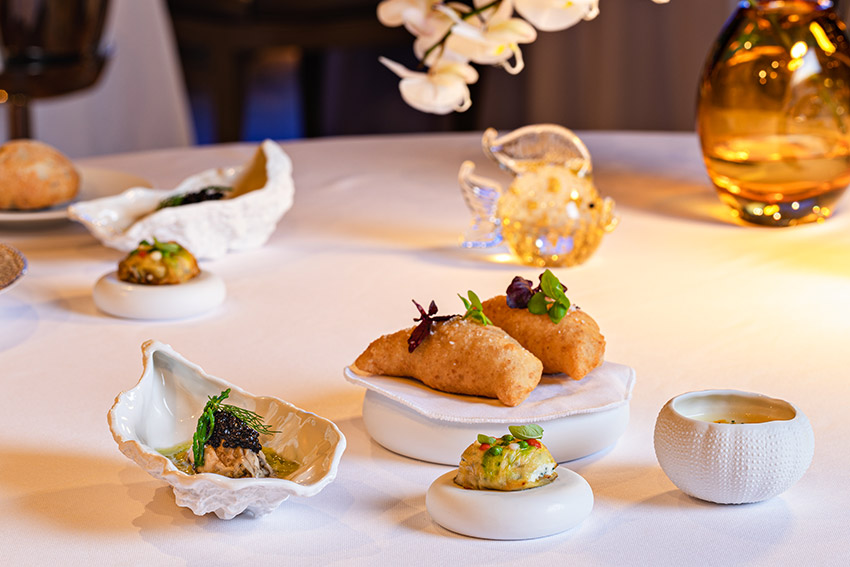 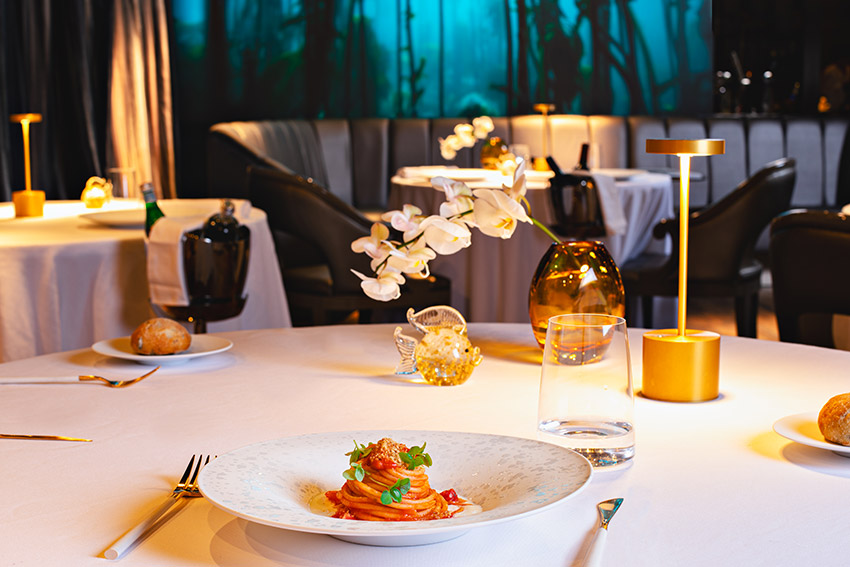 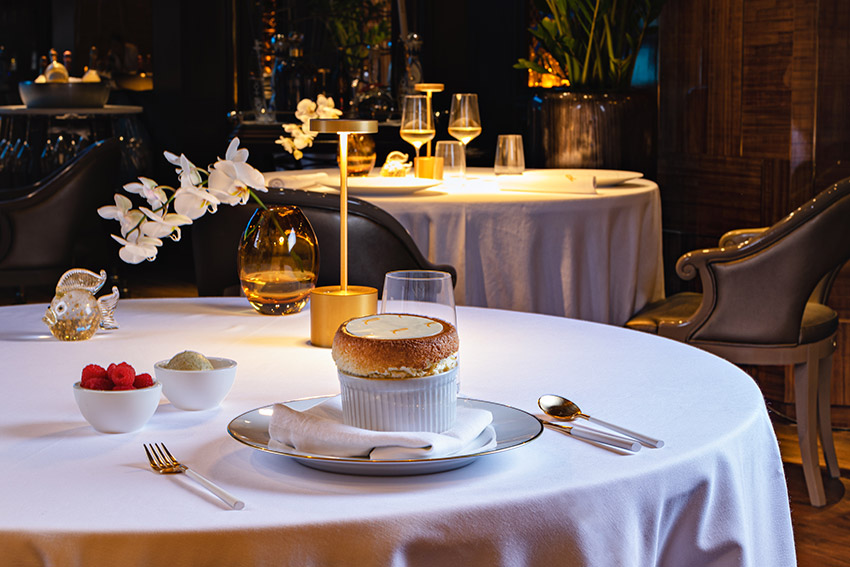