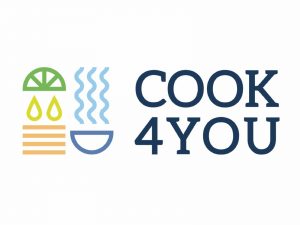 Monte Carlo Hospitality Group outlines the excellences and the warmth of Mediterranean hospitality in the luxury of Monegasque fine dining, creating a renewed link between New York and Monte Carlo.

The MCHG – Monte Carlo Hospitality Group team brings to the United States the rich culinary traditions of the Franco-Italian gourmet style and the well-established experience gained in the luxury hospitality sector with the Rampoldi restaurant in Monaco, creating a truly recognizable brand.

The Rampoldi restaurant, the heart and founder of the project, was opened in 1946 and is now the oldest, recognized and celebrated institution in Monaco, awarded with a Michelin star, and since 1970 the New York Times has regularly recommended its readers to pay a visit to the Rampoldi restaurant on their trips to the Côte d’Azur.

The MCHG team is led by the world-renowned culinary expertise of chef Antonio Salvatore who is honored by a number of Michelin awards for his outstanding excellence in cuisine!

Partner in the project and starred chef of Rampoldi, he confers on each MCHG restaurant a different nuance of his bespoke, Mediterranean and Italian style, blending it with the international experiences gained during his career and creating benchmark establishments within the panorama of good food and fine wine with a truly unique taste and style.

The bonds between New York and Monaco have always been strong, especially after the famous American actress became Princess Grace of Monaco and mother of Prince Albert II, the current Sovereign in the Principality of Monaco.

MCHG wishes to renew and reinforce these links between Monaco and the USA in light of the numerous visits every year by tourists and American celebrities to Monte Carlo and, above all, due to the interruption in Transatlantic visits, recorded in 2020, MCHG felt the need to take some Mediterranean spirit and luxury flavours from Monaco to America.

This summer will bring the inauguration of Casa Limone in the City, a taste of the Southern Italian cuisine one step away from the Rockefeller Center. In addition, the MCHG plans to open a few more concepts in New York in the coming years, such as Monte Carlo Patisserie New York and Rampoldi New York. The holding also took over Landry’s Group Atlantic Grill, which from the meetings between the creative interpretations of the Atlantic Ocean and the Mediterranean Sea will give birth in June 2021 to an all-new Atlantic Grill with a truly unique flavour. In the USA, you will also find the MCHG customised food preparation and delivery APP called Cook 4 You.